The different nature of on-going crises in Cameroon requires IOM to adapt its response strategy around the specific contexts and vulnerabilities of crisis-affected populations. Needs range from immediate life-saving assistance in the North-West and South-West as well as the Far-North region to protracted recovery specifically in the Far-North. IOM, in partnership with key stakeholders, seeks to improve the living conditions and suffering of the most vulnerable displaced populations through the provision of tailored lifesaving and protection (including Mental Health and Psychosocial Support) assistance. Durable solutions to displacements will be prioritized in targeted regions in the Far-North whilst reintegration, community stabilization and transition interventions will be essential in addressing sources of tension and re-establishing stability and trust in conflict-affected communities.

In 2020, an estimated 4.4 million individuals in Cameroon will be in need of humanitarian assistance. Increasing violence in the Far-North region of the country and the lack of progress towards political solutions in the North-West, South-West regions are predicted to cause further displacements and increase humanitarian needs.

The Central African Republic (CAR) refugee crisis in the Eastern region is far from solved but the situation there remains stable. The Boko Haram crisis has heavily impacted the Far-North region during the five past years, which still triggers lower magnitude displacements due to small scale sporadic attacks. Whilst return movements of former IDPs have been registered in the Far-North in the past year, since the beginning of 2019, the region witnessed a resurgence in violence as ongoing hostilities have uprooted more than 270,000 IDPs. Women and girls have been particularly affected by this crisis as they are exposed to different forms of violence and abuse, including sexual violence and abduction by non-state armed groups (NSAGs).

In the English-speaking regions of the country, namely the South-West and North-West, a socio-political crisis erupted in 2017. What started as corporatist peaceful protests turned into an armed conflict between the government defence forces and NSAGs, triggering very dynamic and massive internal displacements and related humanitarian needs. The deterioration of the situation has seen a sharp increase compared to 2018 when 160,000 people were estimated to need humanitarian assistance in this region. The people in need now include more than 480,000 internally displaced persons (IDPs) in the South-West and North-West, while needs are also increasing in the neighbouring Littoral, West and Adamaoua regions.

Whilst return movements of former IDPs have been registered in the Far-North in 2018, the region has been experiencing an upsurge in violence with increasing sporadic attacks and continued movements of populations. In the South-West and North-West, about half a million individuals are currently displaced, with civilians and basic facilities having been repeatedly targeted since the start of the crisis. As such, in 2020, IOM foresees humanitarian support will be needed for four population groups:

IOM will continue to coordinate its humanitarian operations with the Government of Cameroon, through the Ministry for Territorial Administration, recognizing that the primary responsibility for the protection of the population lies with the Government. IOM, as part of the Humanitarian Country Team, will continue to coordinate its activities with humanitarian agencies and organizations in both the Far-North and South-West, North-West regions to ensure that humanitarian efforts are synergized, avoid duplication of efforts and strengthen accountability.

IOM participates actively in the government co-led sectoral working groups in the Far-North as well as the activated clusters in the North-West, South-West regions. IOM aims to expand joint programming with UN partners, most notably UNFPA and FAO in the field of community stabilization and peace-building activities in the Far-North. IOM will continue to engage with local actors and will continue to work closely with all key stakeholders in order to ensure that actors have safe, sustainable and unhindered access to populations in need across the country.

Through its active participation in the Humanitarian-Development-Peace Nexus Task Force, IOM will contribute to the development and implementation of a country-wide durable solutions strategy for populations affected by forced displacements. Finally, in 2020, in coordination with relevant stakeholders (the Capacity for Disaster Reduction Initiative (CADRI) and governmental counterparts) IOM will be actively engaged in evaluating disaster risk reduction (DRR) capacities in-country and integrating the various climatic changes in development planning.

IOM is present in Cameroon since 2007 but first started developing its humanitarian and emergency portfolio in response to the escalation of violence in neighbouring CAR, through the registration of third-country nationals, provision of medical assistance, return assistance as well as the management of transit sites. Since then, the organization has grown in terms of funding, staff, offices and scope of work. Apart from the implementation of emergency interventions in the Far-North and South-West, North-West regions, IOM currently implements a joint EU-IOM initiative to facilitate the return and reintegration of Cameroonian migrants and supports the governments in the development and implementation of a demobilization, disassociation, reintegration and reconciliation (DDRR) program.

In early 2015, IOM scaled up its intervention to address the forced displacements in the Far-North caused by the Boko Haram crisis. The most vulnerable displaced populations were provided with emergency shelter, NFI, mental health and psychosocial support (MHPSS), as well as support to income-generating activities. Through its sub-offices in Maroua and Kousseri, IOM has been implementing its Displacement Tracking Matrix (DTM) operations since the end of 2015.

As of the end of 2018, IOM also established a presence in the South-West region through its sub-office in Buea. From there, the organization provides support on information/coordination through its DTM operations for the two English-speaking regions affected by the socio-political crisis.

IOM currently has over 80 staff in a total of 5 sub-offices located across the country (Yaoundé, Douala, Buea, Maroua and Kousseri). IOM aims to expand its presence to the East through the opening of a sixth sub-office in Bertoua in 2020.

IOM aims to provide a better understanding of the population movements and evolving needs of conflict-affected populations in the Far-North, South-West and North-West regions of Cameroon through the regular collection, processing and dissemination of data on displacements.

The most vulnerable IDPs identified through vulnerability assessments and in need of shelter/non-food items (NFI) assistance in the North-West, South-West and Far-North will be provided with tailored support. Interventions will be in line with the Shelter/NFI cluster guidelines. The intervention modalities (direct distributions, conditional cash, vouchers, among others), as well as the targeted populations (IDPs in sites, collective centres, in host communities), will depend on the local context and vulnerability criteria.

The following mental health and psychosocial support (MHPSS) activities (https://www.iom.int/mhpsed ) will target conflict-affected populations in the North-West, South-West as well as the Far-North region of Cameroon:

Whilst the available Displacement Tracking Matrix (DTM) data highlights the increasing number of returnees (former IDPs) in the Lake Chad Basin over the past two years (including in the Far-North of Cameroon), the implementation of the stability index in the DTM operations aims to shed more light on what assistance is required to ensure durable returns, who needs it and where. This tool serves as a measure of stability in return areas and identifies "pockets of stability" which will enable actors to plan for a more informed and appropriate programming.

In the framework of the Humanitarian Development Peace Nexus (HDPN) TaskForce which was set-up in Cameroon in August 2019, key stakeholders (including IOM and governmental counterparts) are working on the development and implementation of a durable solutions strategy for populations affected by forced displacements. Once the strategy has been finalized and approved by governmental counterparts, IOM aims to contribute to the implementation of the durable solutions strategy in the Far-North and will plan activities in the following sectors of intervention:

The communities of Northern Cameroon have been devastated by the protracted and on-going conflict with Boko Haram. In order to de-escalate the conflict and create conditions conducive to social stability and human security, interventions aim to strengthen community resilience by promoting social cohesion and economic empowerment, targeting the communities most affected by the Boko Haram crisis in the Far North region of Cameroon. The following type of activities will be implemented:

At risk communities as well as Governmental counterparts, the Resident Coordinator, UNDP and multi-disciplinary experts in disaster risk reduction and climate change adaptation.

In line with the Sendai Framework priorities and in collaboration with Capacity for Disaster Risk Reduction Partnership (CADRI), IOM Cameroon works with multiple stakeholders, including governmental counterparts, the Resident Coordinator, UNDP and multi-disciplinary experts in disaster risk reduction and climate change adaptation, to strengthen the country's risk information systems, prioritize risk reduction in national and local plans and enhance preparedness systems. Activities and measures will be designed to avoid existing and new disaster risks. In collaboration with CADRI, the following actions and activities will be prioritized in Cameroon this year: 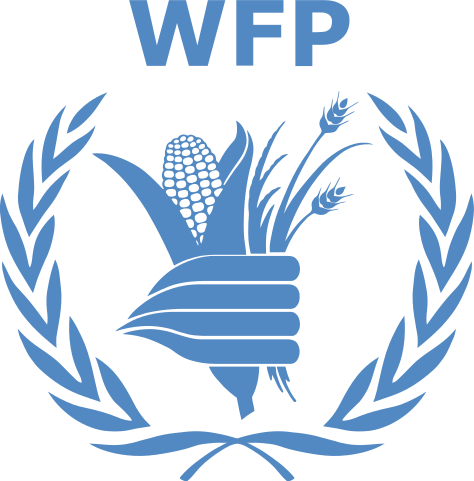