IOM, in collaboration with its partners and other crisis response actors, seeks to improve living conditions of vulnerable populations through the provision of multisectoral humanitarian assistance for conflict-affected populations in the Democratic Republic of the Congo (DRC). IOM aims to also address complex conflict dynamics by creating the necessary conditions for peaceful coexistence through a holistic and multisectoral response at the local, provincial and national levels. Further, IOM will continue to support the government in responding to the COVID-19 pandemic while strengthening preparedness for future public health hazards.

The eastern Democratic Republic of the Congo (DRC) continues to face challenges related to the actions of armed groups, including violence and massacres against civilian populations. While the situation in the Kasais and Tanganyika regions is characterized by the presence of spontaneous surrenders, with absence of a coordinated and adequately funded disarmament, demobilization, reintegration, and reconciliation process, many ex-combatants continue to face unemployment and poverty, have untreated psychosocial problems, and are faced with social challenges when in multi-ethnic communities. In the Kasai, the situation has been exacerbated by the presence of returnees and expelled Congolese from Angola which increases the pressure on basic social services and means of subsistence. While the Government of DRC and the United Nations (UN) system have agreed to progressively phase out the United Nations Organization Stabilization Mission in the Democratic Republic of the Congo (MONUSCO), there are still needs to consolidate peace in several parts of the country. Further, DRC remains confronted with a protracted, complex and acute humanitarian crisis, which continues to deteriorate as a result of ongoing armed conflicts in the Eastern Provinces (in particular in the North Kivu and Ituri provinces), exacerbated by continued illicit exploitation of and trade by armed groups and criminal networks in natural resources in eastern DRC and the region, as well as increasing violence and protection incidents in different parts of the country. The security situation in Ituri particularly worsened over the year with deadly attacks in Mahagi and Djugu territories as well as tensions among populations. Coopérative pour le Développement du Congo (CODECO) and Allied Democratic Forces (ADF) armed groups continue to target civilians and the Congolese army in Irumu, western Djugu and areas close to Bunia (Ituri province). Despite the state of siege declared by the Congolese authorities since 6 May 2021 to track down and neutralize armed groups in the provinces of North Kivu and Ituri, insecurity continues to spread in these parts of the country leading to violence and massacres of civilians, human rights violations and massive displacement of populations.

According to the humanitarian community, 5,5 million people have been displaced in 13 out of the 26 provinces of DRC and those in need of humanitarian assistance are estimated over 27 million people (HNO 2022). The humanitarian situation has been compounded by ongoing emergence and re-emergence of disease epidemics with complex linkages to population mobility, contributing to burdening the already weak health system. In 2021, the province of North Kivu has faced the resurgence of the Ebola Virus Disease (EVD) in Butembo health zone between February and May 2021 (12th outbreak), and in Beni health zone between October and December 2021 (13th outbreak). Simultaneously, the country has had to contend with several other disease outbreaks since the beginning of 2021, including COVID-19, cholera, meningitis, plague, yellow fever and measles, with efforts focusing on containing the spread of the COVID-19 pandemic both internally and along the borders with neighbouring countries. This epidemiological context is unlikely to change in 2022. The recurrence of natural disasters and disease outbreaks demands continuous efforts to strengthen preparedness and the health system towards effective risk reduction, early detection at facility and community level, and case management with a focus on displaced, host and mobile populations. Programs to support the survivors of  epidemics and to strengthen the resilience of health systems and communities in the aftermath of epidemics, while rebuilding the trust of the population, suffer from a lack of investment and institutional commitments.

IOM DRC is an active member of the Humanitarian Country Team, United Nations Country Team, Programme Management Team, and similarly, an active member of various clusters namely water, sanitation and hygiene (WASH), shelter and non-food items (S-NFIs), protection, and health. Together with the United Nations High Commissioner for Refugees (UNHCR), IOM is co-leading the camp coordination and camp management (CCCM) working group in three provinces (North Kivu, Tanganyika, and Ituri). Through these fora, IOM works with the broader humanitarian community to coordinate life-saving assistance, harmonize approaches and minimize risks of duplication. IOM's WASH, shelter, CCCM and protection teams collaborate closely with the aim of providing an integrated response, taking into consideration protection risks. As co-lead of the CCCM working group in the three above-mentioned provinces, IOM works closely with government counterparts in the respective provinces, namely the Commission Nationale pour les Refugiés (CNR) in North Kivu, Division des Affaires Humanitaires (DIVAH) in Tanganyika, and Protection Civile in Ituri to support their function in camp administration. In addition, in collaboration with the Ministry of Health, IOM is a leading partner in health emergency response for disease outbreaks, including EVD, and in reinforcing the implementation of the International Health Regulations (IHR) 2005 in DRC, through the Health Border Mobility Management (HBMM) framework which aims to support governments and communities in building migrant-responsive health systems equipped to address public health concerns along the mobility continuum.

IOM in DRC has a strong geographical presence throughout the country, with strategically located offices, including the main office in Kinshasa and various sub-and satellite offices in North-Kivu, South-Kivu, Ituri, Tanganyika, Haut-Katanga, Kasai oriental, Kasai, and Kasai central. IOM has been implementing humanitarian response, transition and stabilization programs in DRC for more than 10 years and has expanded its activities in response to the growing humanitarian crisis and continuing instability in DRC. IOM’s expertise in border health surveillance and management was paramount in supporting the Ministry of Health in recent EVD and COVID-19 epidemic responses, enhancing surveillance capacity at points of entry and setting up points of control along main mobility routes, to contain disease transmission. Further, IOM in DRC has been running a long-term programme providing tailored pre-migration health activities (PMHA) for migrants, counting on a multidisciplinary team of health specialists and a laboratory investigation services that was mobilized to support the COVID-19 outbreak response. Dedicated services were also set up to respond to the health needs of the UN country system under the framework of the UN First Line of Defence (FLoD), to which IOM is providing COVID-19 RT-PCR testing services for clinical and non-clinical purposes to UN staff and dependents. Furthermore, the IOM regional office in Pretoria is providing necessary and relevant technical guidance and capacity building to the various projects and programs implemented in the country.

Diverse and interrelated drivers of conflict have perpetuated insecurity and led to cyclical non-state armed group recruitment. In close coordination with community stabilization initiatives, and the Disarmament, Demobilization, Community Reintegration and Stabilization Program (P-DDRCS), IOM will continue to implement peacebuilding interventions with a focus on identifying and addressing drivers of conflict by supporting both community based and government-led peace initiatives. These initiatives will include:

IOM will develop a MHPSS strategy to complement the transition and recovery programme in post-crisis communities. Initiatives will include:

Democratic Republic of the Congo 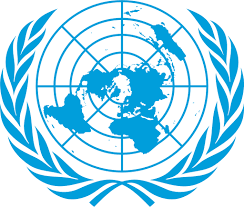