IOM aims to continue to be a key partner of the Government of Mozambique in supporting displaced persons and other affected populations in building resilience and progress towards sustainable solutions to displacement while ensuring a continuous response to critical humanitarian needs and rapid response capacities in case of a new disaster and crisis. IOM also strives to facilitate recovery and resilience in Mozambique through an effective and locally owned framework that addresses the lifesaving and longer-term needs of affected populations with the goal of establishing the basis for recovery and crisis prevention in communities. 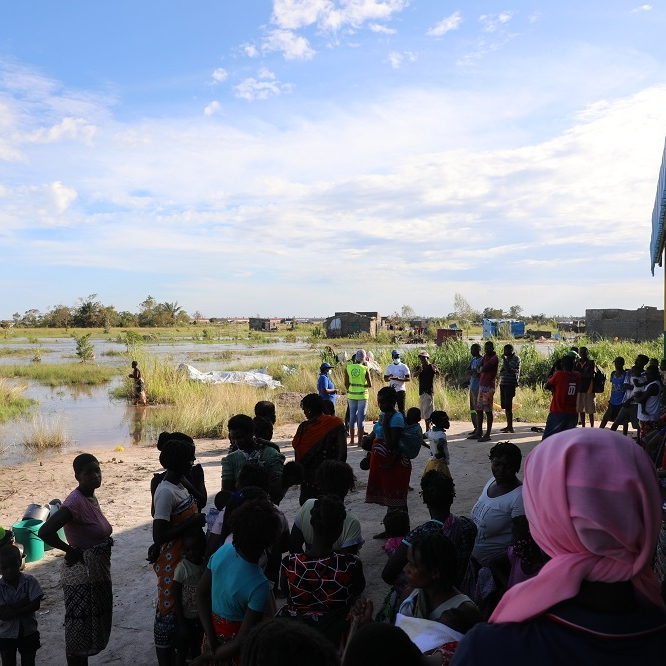 Mozambique faces the interlinked impact of a triple crisis, facing a combination of conflict and disasters further compounded by public health risks such as COVID-19. As of October 2020, over 635,000 people were - or remained - displaced due to insecurity and disaster in Mozambique. Mozambique is one of the most risk-prone countries in the world when it comes to weather-related hazards and the impact of climate change including floods, droughts, cyclones, coastal erosion, rising water levels, and soil salinisation, which are becoming increasingly stronger and more frequent (INFORM Risk index 2021). Two consecutive category-4 tropical cyclones in 2019 caused extensive destruction in the central and northern parts of the country affecting more than 1.8 million people. Tens of thousands of households still live in emergency shelters or destroyed or structurally damaged homes, rendering them even more vulnerable to extreme winds and rain during the rainy season, as seen with tropical storm Chalane and tropical cyclone Eloise in early 2021. The Humanitarian Response Plan in Mozambique currently only covers the situation in Northern Mozambique (Cabo Delgado), however, additional needs have been identified in Central Mozambique following tropical cyclone Eloise, which, according to the National Institute for Disaster Risk Management and Reduction (INGD), impacted 441,686 people. In addition, floods and drought in Mozambique have affected the ability of settled IDP families to cultivate subsistence crops, resulting in food insecurity. Furthermore, conflict and insecurity have generated a complex emergency and large needs paired with the fluid movement of populations.

In northern Mozambique, the situation of insecurity in the province of Cabo Delgado shows no sign of abating. There are 527,975 internally displaced persons (IDPs) in Cabo Delgado, Niassa, Nampula, Zambezia and Sofala Provinces as a result of the conflict (IOM DTM Round 7). The insecurity continues to expand in scale, scope and complexity, pointing to potential further deterioration and continuous additional displacement in 2021. Since the beginning of the conflict and also due to the impact of disasters in 2019, such as cyclone Kenneth, essential services have already been significantly impacted in northern Mozambique and are expected to be further strained in 2021. This leaves many IDPs and host communities without access to critical healthcare, shelter and WASH, while protection risks and MHPSS needs are expected to increase due to violations against civilians by all parties to the conflict, increased stress, higher rates of gender-based violence (GBV) and increased child protection concerns.

The Central Region, while still attempting to rebuild community cohesion after decades of conflict and violence, was hit by Cyclone Idai in March 2019 causing mass destruction and displacement, having left a remaining 16,982 displaced households still in search for durable solutions close to two years after the disaster (DTM Round 17, November 2020). A National Accord for Peace and Reconciliation was signed in August 2019 but was followed by sporadic outbreaks of violence by a self-entitled Military Junta. DTM figures from September 2020 indicate the displacement of 7,780 IDPs due to the attacks in the central area. Despite this intermittent violence, the Demobilization, Disarmament, and Reintegration (DDR) exercise as stipulated by the August Peace Accord has proceeded, targeting over 5,000 former combatants.

Finally, complex communicable disease outbreaks such as most recently the COVID-19 pandemic caused government and humanitarian actors to be doubly taxed by having to manage the compounding effects of several crises at once. In addition, the well-being of mobile populations and socio-economic impacts, such as the loss of employment opportunities, loss of remittances as well as mobility restrictions and displacement and insecurity contexts, have largely compounded pre-existing vulnerabilities of migrants, including migrants workers, as well as displaced populations, within and across borders. As a result, migrants, particularly those displaced internally and across borders, are facing increased vulnerability. IOM has been able to continue programming, including support to the government to respond to COVID-19 while adhering to COVID-19 regulations and addressing new needs in its other programming.

IOM is the lead agency for the Camp Coordination and Camp Management (CCCM) Cluster, ensuring that robust coordination structures and systems are in place at national and decentralized levels and also leads the Shelter and Non-Food Items (NFI) Cluster in Northern Provinces, in response to the disaster and insecurity situation and co-leads the Mental Health and Psychosocial Support (MHPSS) Working Group. IOM actively participates in all relevant Clusters, such as the Health, Water, Sanitation, and Hygiene (WASH), and Protection Clusters. IOM coordinates activities with cluster partners as well as sharing information among different clusters to ensure effective responses to assist the affected populations.

IOM's Displacement Tracking Matrix (DTM) was rolled out in Mozambique in 2014, in close coordination and support with the government. DTM is a common service under the Humanitarian Response Plan and serves both the humanitarian community, government and other stakeholders. It provides a primary source of data on displacement and associated multisector assessment analysis needs in Mozambique for a variety of external partners and supports humanitarian response planning.

IOM has been operating in Mozambique since 1994 in the field of migration management, health, protection, disaster risk management and reduction and mobility tracking, including providing responses to various disasters and the insecurity situation in the northern parts of the country since 2017. Since March 2019, IOM Mozambique operations rapidly scaled up to respond to the acute humanitarian needs of displaced and other crisis-affected populations in the areas affected by cyclones Idai and Kenneth, as well as increasingly responding to the needs of affected populations due to the steadily deteriorating security situation in Cabo Delgado since late 2019. For the response to Cyclone Idai and Kenneth, IOM has been leading the coordination of service provision by humanitarian actors to displaced populations within communal settings and providing support to over 800,000 people in the most affected host communities. In Cabo Delgado, IOM reached over 400,000 beneficiaries with its multisectoral response in 2020.

IOM's field response is supported through three field sub-offices located in Pemba (Cabo Delgado Province) overseeing one field location in Ibo, Nampula-City (Nampula Province), one field location in Memba, as well as one sub-office located in Beira (Sofala Province) overseeing operations in Sofala, Manica, Zambezia and Tete Provinces. The current response capacities cover seven affected provinces through an array of interventions such as peacebuilding and community resilience, DTM, CCCM, health, protection, MHPSS and Shelter/NFI and early recovery activities as well as the promotion of durable solutions.

Internally displaced populations in host communities, temporary and relocation sites, host communities themselves affected by insecurity, as well as migrants and people at risk of displacement dueto conflict and natural hazards.

Internally displaced persons and affected communities, as well as communities at risk of displacement due to natural hazards and/or insecurity. This pillar of intervention includes durable solutions, shelter and housing recovery as well as peacebuilding. It aims to build on the coping capacities of beneficiaries to strengthen the resilience of IDPs and other affected populations and at-risk communities.

Target beneficiaries are internally displaced populations in resettlement and relocation sites, areas at risks and host communities affected by crisis. The interventions strongly focus on communities at risk of displacement due to natural disasters or insecurity and will strongly involve community engagement to ensure people that may face particular risks of experiencing harm following a disaster, such as persons with disabilities, elderly, and women and girls are reached and included in the response.

Institutions, particularly INGC, as well as crisis response partners, who will benefit from displacement data and other information management products to support evidence-based planning. 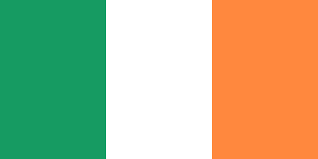