IOM intends to provide multisectoral humanitarian assistance to conflict and disaster-affected populations in the Central African Republic (CAR) and support communities transitioning out of conflict to help generate early peace dividends and social cohesion while promoting durable solutions tailored to the local needs and priorities of internally displaced persons (IDPs) and communities.

The Central African Republic (CAR) has been affected by a complex political and security crisis since 2013, leading to an acute humanitarian situation. Displacement and violence occurring in a fragile national context have had serious consequences on the protection of civilians, their living conditions and their physical and mental wellbeing (CAR ranks 188 out of 189 countries on the UNDP 2019 Human Development Index).

In late 2020, a coalition of rebel movements called the “Coalition of Patriots for Change” (CPC) formed to disrupt the 2020-2021 general election. The second round of the elections was held in March 2021 despite the CPC’s use of violence and armed action against the national government. Shortly after, the national army and allies regained control of most of the countries’ cities but armed groups remain dispersed in rural areas and military operations continue. As a result, 669,791 people are still displaced in CAR (Populations’ movements commission (CMP), November 2021) while 1,404,147 individuals returned to their areas of origin in the DTM coverage area, including 1,070,749 internally returnees and 333,398 returnees from abroad (DTM, September 2021), and areas classified as high and medium priority for protection now host 3.62 million people (HNO 2022).

The displacement of population in CAR and the worsening humanitarian situation in some parts of the country is also due to seasonal natural disasters (such as floods or fires) and agropastoral conflicts. In fact, 30,000 people were reported affected by natural disasters in 2021 (HNO 2022) and 5 per cent of the locations assessed by DTM mobility tracking (round 13) recorded displacements mainly due to natural disasters. Additionally, the disruptive action of armed groups and resource management challenges during major transhumance movements (cross-border and internal) in CAR has led to agropastoral conflicts and violence. From January to September 2021, approximately 20,300 people were affected by violence related to agropastoral conflicts particularly in the northern and western prefectures (HNO, 2022).

In this context marked by violence, the number of serious human rights violations and the cases of gender-based violence (GBV) increased throughout 2021 (GVBIMS, September 2021). In addition, COVID-19 has had a significant impact on the country, in terms of impoverishment of families and degradation of access to essential services. People use negative coping strategies to deal with the deterioration of their living conditions and well-being and struggle to access health care, food, shelter and education, or to obtain drinking water (HNO 2022).

In addition, humanitarian access is becoming a major concern in CAR that further complicates the humanitarian response. The country is a dangerous place for humanitarians with recurring incidents affecting them and a serious threat of explosive devices in their area of intervention (HNO 2022).

In addition, IOM ensures a regular presence at the rapid response mechanism (RRM) steering committee promoting synergies and collaboration in terms of NFIs and shelter rapid emergency response throughout the country.

The IOM CAR Displacement Tracking Matrix (DTM) is a widely acknowledged tool for data collection on displacement and return trends and is the main data contributor to the Population Movement Commission (CMP) led by the government. The development and update of DTM data collection tools are guided by consultations and feedback from the humanitarian community. DTM implementing partners are recruited from the Central African civil society. These NGOs have previous experience in data collection, understand the intricacies of their zones of intervention, are trained by the DTM team before the start of data collection activities and are supervised by DTM field teams.

IOM established its presence in CAR in 2013, having its country office in Bangui with operational field offices in Paoua, N’dele, Kaga Bandoro, Bambari, Bangassou, Bouar, Bocaranga and Bria. IOM CAR works in close coordination with the Government of CAR and the humanitarian system to respond to the urgent humanitarian needs of displaced populations and affected host communities, while also working on community stabilization and community violence reduction to address the root causes that initially caused the displacement, and to create an environment conducive for displaced households to return to safer areas.

IOM provides emergency assistance including shelter and non-food items (S-NFI), in coordination with the RRM, thanks to its stock capacity in five field offices and in Bangui. IOM also provides assistance in protection and mental health and psychosocial support (MHPSS) and implements DTM to monitor forced displacements, as well as trends around transhumant movements and agro-pastoral conflict hotspots. DTM activities are regularly conducted to inform IOM and the humanitarian community on the displacement situation in the regions and to assess, in coordination with the RRM following alerts, the scope and nature of the displacements and the needs they generate for the populations. In addition, in 2020, DTM deployed its transhumance monitoring tool to map transhumance corridors in the Chad border region and collect data to better understand the issues and perceptions of transhumance by the concerned communities.

IOM will provide camp coordination and camp management support to the Government as a CCCM cluster co-lead in Central African Republic (CAR). Based on identified needs, IOM will propose emergency responses to improve the living conditions of displaced populations affected by conflict/natural disasters in camps, camp-like settings, and host communities. IOM's initiatives will include:

IOM intends to respond to the priority needs of people affected by recent humanitarian shocks. IOM will ensure sufficient stock of emergency kits in the field (including emergency shelter, non-food items, hygiene kits) to immediately respond to any type of emergency and population movement and to contribute to ensuring the human dignity of people affected by prolonged displacement. IOM's initiatives will include:

Throughout the implementation of the shelter interventions protection will be mainstreamed and mitigation measures to prevent GBV will be put in place.

Interventions will focus on providing protection services to create a safe environment preventing negative coping mechanisms and to uphold the rights of affected populations while displaced or to access durable solutions. IOM's initiatives will include:

IOM aims to contribute to the improvement of the well-being and resilience of displaced households by:

IOM aims to contribute to the improvement of the mental health and psychosocial wellbeing of the affected population and survivors of human rights violations, including GBV, by:

As displaced populations continue to return to their places of origin despite the post-electoral crisis, there is an urgent and significant need to support recovery efforts and build community resilience to address the factors that triggered the forced displacement. In line with the principles of the IOM Progressive Resolution of Displacement Framework (PRDS), IOM will operate in areas of return deemed poised for longer-term sustainable recovery aiming to improve access to basic social services, restore infrastructure, promote socio-economic recovery, including through support to social cohesion, local governance restoration, and through renewing access to livelihoods and to greater economic opportunities. IOM is an active partner of the Durable Solution Working Group in CAR and contributes to enrich the discussions within the sectors. IOM's initiatives will include:

Interventions will focus on providing MHPSS activities and social cohesion activities to allow for recovery within the community and build resilience to shocks, including:

IOM will continue to consolidate its community stabilization activities and will focus on engaging in new locations to support the fragile peace process and address drivers of instability. This will involve the strengthening of local peace building capacities and the constructive and professional engagement of young people who consider violence (enrolment into armed groups) as the only alternative to survival, creating positive change in the socio–economic status of their respective communities. This will ensure that the target population (youth, local authorities, women, traditional and religious groups, and so forth) can contribute to the peace process through their participation in prioritized community projects. This will include:

Community violence reduction (CVR) initiatives will complement community stabilization (CS) activities as they aim to improve security and contribute to the protection of civilians at the local level, through the economic and social reinsertion of individuals associated with armed groups, non–eligible to the national DDR programme, and community members, with a specific focus on youth with conflict carrying capacities and women. CVR and CS activities constitute an essential grassroot community engagement tool to prevent and reduce inter and intra–communal and agro-pastoral conflicts/violence in key hotspots, revitalize local economies, and promote peaceful coexistence and social cohesion, thereby contributing to the protection of civilians and the creation of a secure environment. IOM will continue to promote a common approach and strategy (in terms of harmonizing and consolidating programme activities) for community stabilization and violence reduction projects in CAR. This is to ensure that project methodologies and procedures are followed for all programme activities regardless of the areas of intervention. This will include improving the security situation in targeted areas through:

Government entities and humanitarian organizations, members of the humanitarian fora in Central African Republic, as well as durable solutions and development actors.

The IOM Displacement Tracking Matrix (DTM) is an information management system to monitor population displacement and identify their needs in order to inform decision makers and support the delivery of an appropriate response. DTM has been active in CAR for over eight years and provides a reliable and regularly updated evidence base used by humanitarian actors to inform programming and response. Thanks to its strong presence and it recognized experience in displacement tracking in the country, DTM is a valuable asset to inform the humanitarian community about new displacement dynamics and trends. IOM's initiatives will include: 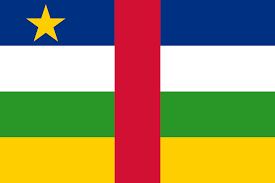