IOM Mali in partnership with key stakeholders, including governmental, nongovernmental organizations and other United Nations agencies, will provide multi-sectoral humanitarian assistance to internally displaced persons (IDPs) and affected communities, while tackling the pre-existing drivers of fragility and conflict to lay the foundations for stability and development, in alignment with the strong commitment to operationalize the triple Nexus in the region in 2023 and 2024. 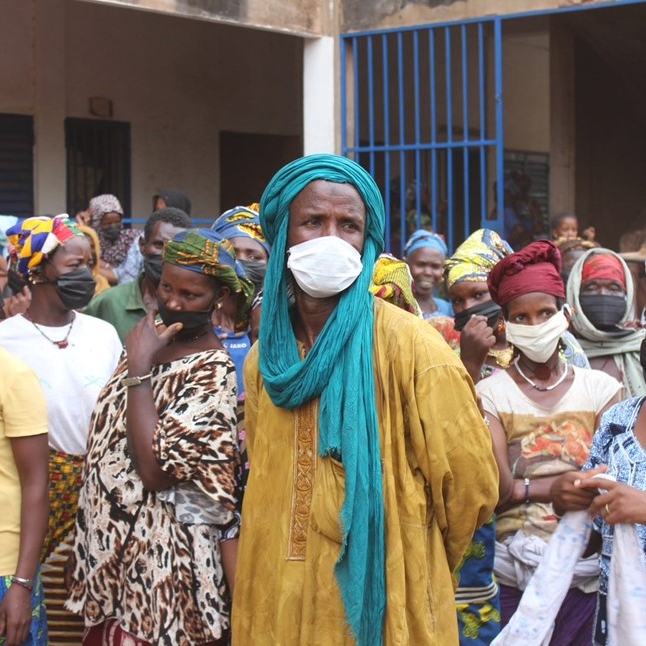 The humanitarian crisis in Mali continues to be characterized by a significant increase in the number of displaced people throughout the country due to the presence of non-state armed groups, protracted violence, and conflict with armed forces. Since the beginning of the multidimensional crisis in 2012, Mali’s central and northern regions continue to be marked by inter-communal tensions, worsening the living conditions of the population. According to the Displacement Tracking Matrix (DTM), as of September 2022, Mali accounts for 440,436 internally displaced persons (IDPs) mainly in the regions of Mopti and Timbuktu.

The precarious environment has also led to spontaneous movements of vulnerable groups who have lost their livelihoods. Most of the IDPs live in crowded host families and communities or temporary informal sites, lacking access to basic services. Based on multisectoral assessments conducted in August 2022, the needs identified by the IDPs themselves are food (97%), shelter and non-food items (58%), drinking water (39%), and sanitation (24%). Rainfall was particularly intense during 2022 causing flooding and destruction of houses affecting 30,638 people, particularly in the localities located in the inland delta of the Niger river.

On the security front, unidentified armed groups are increasingly carrying out violent and deadly attacks on civilians, often taking advantage of existing inter- and intra-community conflicts to force people to abandon their territories. Security remains the priority of the transitional authorities and there has been an increase in military operations in the North and Central regions, often involving human rights violations and humanitarian access restrictions.

Additionally, there is an important inflow of migrants transiting through Mali that are at high risk to experience exploitation and abuse through their migratory journey. From January to November 2022, a total of 498,000 migrants arrived to or departed from Mali. Mali has a particular geopolitical and migration context in light of its proximity to neighbouring unstable areas in the region; an environment highly sensitive to climate change and disruptions to food security; historic migration routes and pull factors towards North Africa and beyond, which creates specific protection concerns. Vulnerable populations in Mali are at a particular risk of violence, exploitation and abuse relating to recruitment into armed groups, GBV, violence against children, and dangerous journeys within and beyond borders in search of economic and/or food security. IOM will continue to work with the Malian authorities and all other humanitarian, development and peacebuilding actors to provide multisectoral assistance to the most vulnerable, including women, girls and other people with special needs.

IOM works in close partnership with other United Nations agencies in Mali, being an active member of the United Nations Country Team (UNCT) and Humanitarian Country Team (HCT), as well as with other international organizations and non-governmental organizations. IOM is the co-lead of the Commission of Population Movement with the National Directorate of Social Development (Direction Nationale du Développement Social - DNDS in French), which is composed of UN agencies (the Office for the Coordination of Humanitarian Affairs - OCHA, the United Nations Children’s Fund - UNICEF, the World Food Programme - WFP, and the United Nations High Commission for Refugees - UNHCR), NGOs and government entities (the Ministry of Social Affairs and the Ministry of Security and Civilian Protection). IOM also co-leads the Shelter and Non-food Items Cluster in Mali with UNHCR and the Committee on IDP site management. In addition, IOM is a member of the information management working group, protection cluster, gender-based violence (GBV) and child protection sub-clusters. Through these fora, IOM ensures that crisis-related activities are duly coordinated with relevant stakeholders. Alongside other agencies and through these coordination mechanisms, IOM works closely with government counterparts, in particular the Ministry of Solidarity, the Ministry of Health and Social Affairs, the Ministry of Reconciliation as well as the Ministry of Security and Civil Protection. In line with IOM’s capacity-building approach, DTM tools and capacity were transferred to the DNDS in 2014, although financial and technical support has been maintained to ensure the continued appropriation of the tool and to accurately inform the actions of the humanitarian and development community.

Established in Mali in 1998, IOM has been providing the Malian government with technical support in a variety of areas for 24 years. Since 2012, IOM has significantly expanded its operational presence and activities spanning humanitarian response, transition, development and community-based peacebuilding-oriented interventions. Wherever possible, IOM integrates capacity-strengthening components of key stakeholders, including beneficiaries, in its programmes to promote local ownership and contribute to the development of policy frameworks, in the interest of IDPs and affected communities in places of displacement, en route, and in places of return. As co-lead of CMP hosted within the Protection Cluster and having established the DTM in Mali in 2012, IOM has extensive experience in the country for the collection, analysis, and provision of reliable information on population movements and needs, critical to informing IOM programming, as well as that of the government and other actors. IOM’s main office is in the capital city of Bamako and there are six strategically located field offices across the country in Kayes, Mopti, Timbuktu, Gao, Ménaka and Sikasso. IOM in Mali has 82 staff including 23 international working in the emergency and recovery unit. IOM Mali’s capacity related to crisis response notably covers shelter, protection, mental health and psychosocial support (MHPSS), WASH, DTM (including information management), disaster risk reduction, community stabilization and peacebuilding.

In-kind, shelter and NFI materials will be purchased directly by the organization or its implementing partners, sourcing from local markets wherever possible. If local procurement is not possible or if it would compromise the quality of the assistance, international procurement will be considered. Activities will be implemented in coordination with the Shelter/NFI Cluster, the local authorities and services in charge of assistance to displaced people.

IOM Mali’s interventions will enhance the capacities of affected communities and authorities to better prepare and respond to disasters, including floods, drought, and other shocks resulting from climate change. Community resilience will be strengthened through climate-smart livelihoods. The capacity of the government and its dedicated decentralized technical services will be strengthened to develop contingency plans for all identified risks based on a better understanding of the links between climate change and displacements. IOM will work with the Ministry of Health and Social Development, the Ministry of Security and Protection of Civilians and NGOs.