IOM, in partnership with other key strategic actors, seeks to strengthen institutional and community capacities on preparedness and response for crisis situations in Colombia, including public health emergencies, to reduce the risks and vulnerabilities of affected populations (internally displaced persons (IDPs), former combatants, migrants and host communities) and support sustainable recovery, community stabilization and peacebuilding at national and local levels. These humanitarian, recovery and peacebuilding response strategies are part of the IOM Colombia Country Program for 2021-2024 approved by the Government of Colombia and cover three strategic areas: (i) stabilization, peace with legality, (ii) migration as a development factor, and (iii) catalyzing the Sustainable Development Goals (SDGs).

Fifty years of armed conflict in Colombia has resulted in more than eight million people becoming internally displaced, large numbers of victims of abuse and violence, particularly survivors of gender-based violence (GBV), who require reparation and reintegration support, fragile communities with scarce income generating-opportunities, informality in land ownership, reduced livelihoods, a lack of basic social services, and a high risk of human trafficking and recruitment of children by illegal armed groups and criminal gangs. Following the signature of the Peace Agreement, various activities continue to be implemented for the reintegration of former combatants, reparation of victims, capacity building and peacebuilding actions. Nevertheless, the country has seen a significant increase in the killings of social leaders, unlawful confinements and forced displacements.

Colombia has also reported more than five million cases of coronavirus infections since the beginning of the pandemic until end of November 2021, as well as 128,528 deaths. To date, the pandemic has had its highest peak during the third wave at 720 deaths per day in late June 2021. While IOM and other responders have implemented actions to reduce the impact of COVID-19 since March 2020, significant needs remain..

In addition, the arrival of refugees and migrants from Venezuela (with an estimated 1.8 million currently residing in Colombia), 980,000 Colombian and binational returnees, and Venezuelans in transit and crossing the border in pendular movements, has had a significant impact on the country considering that these populations have arrived in areas with existing economic needs and institutions with limited capacity for appropriate response.

Furthermore, due to border closures because of the COVID-19 pandemic, the Government of Colombia (GoC) has seen significant irregular regional and extra-continental migration flows from the Caribbean, Africa, and South-Asia who are in transit to Northern America. These movements are notable in the Darien Gap, located on both sides of the Colombia-Panama border. With up to 1,000 people on the move arriving each day in Necoclí, a municipality close to the Darien exit, local authorities have declared a "public calamity", warning that they cannot cope with the influx of thousands of people. This context has presented challenges for the integrated, safe, and coordinated management of migrants by the GoC since this irregular flow is also associated with illegal armed groups, drug traffickers, and smugglers that put migrants at a higher risk along the route.

For crisis response, IOM coordinates its activities with the GoC, including the Presidency of the Republic, the Ministry of Foreign Affairs, and Migracion Colombia (National Migration Authority), among others. In addition, IOM coordinates closely with the United Nations Country Team (UNCT) and the Humanitarian Country Team.

On reparation, community stabilization and peacebuilding programming, IOM coordinates its activities with entities such as the Ministry of Interior, Ministry of Health, the Agency for Reincorporation and Normalization, the Territorial Renewal Agency, the National Land Agency, the Special Jurisdiction for Peace, Truth Commission, the Missing Persons Search Unit, the Unit for the Victims Assistance and Reparation, the Presidential Council for Stabilization and Consolidation (CEC), and the National Police of Colombia (PONAL in Spanish).

For the coordination of the COVID-19 response in Colombia, IOM works following the national priorities registered in the humanitarian and socio-economic response plans for COVID-19. Furthermore, the health response his coordinated with the Ministry of Health, the Pan American Health Organization (PAHO)/ World Health Organization (WHO) and the United Nations Population Fund (UNFPA).

It is worth noting that the Colombian CRP 2022 does not include any activity related to the response for Venezuelan migrants since those activities are included in the multi-country crisis response plan which is based on the Regional Refugee and Migrant Response Plan for Refugees and Migrants from Venezuela. It also does not cover activities associated with large-scale movements of migrants as the migration flows at the Darien border because such activities are part of the Crisis Response Plan for large movements of highly vulnerable migrants in the Americas from the Caribbean, Latin America and other regions.

The United Nations System and GoC signed the United Nations Sustainable Development Cooperation Framework (UNSDCF 2020-2023) in March 2020, and IOM is contributing to 10 outcomes of the cooperation framework, out of the 13 established. Three priority areas are: (I) stabilization, peace with legality, (II) migration as a development factor, and (III) catalyzing the Sustainable Development Goals (SDGs). IOM and the United Nations High Commissioner for Refugees (UNHCR) co-lead the second area, and IOM leads the Working Group for the outcome reincorporation of former combatants in the first area.

The IOM Country Office in Colombia has been supporting GoC efforts for the past 20 years in several areas including preparedness and emergency response, recovery, community stabilization and peacebuilding.

In terms of emergency preparedness, IOM supports government institutions with the development of guidelines and procedures as well as capacity strengthening activities in the areas of shelter management, CCCM, protection, and prevention of risk of human trafficking, among others. IOM also provides humanitarian assistance to IDPs, including humanitarian transport aid, shelter, food/nutrition, non-food items, and health services including mental health and psychosocial support (MHPSS).

Regarding peacebuilding and community stabilization, IOM has been i) supporting the GoC in the implementation of the policy for victims of the armed conflict and the development of strategies to facilitate the human rights reparation processes, ii) strengthening transitional justice mechanisms, iii) assisting institutions to implement processes of disarmament, demobilization and reintegration (DDR) and strategies for the prevention of child recruitment by non-state armed groups, and iv) assisting the government in scaling up the security of rural land tenure for victims and farmers, underpinning sustainable rural development, territorial stability and durable solutions.

As part of the COVID-19 response, IOM has strengthened institutional capacities in 84 municipalities, delivering 2,387,396 medical supply items such as personal protective equipment kits, biomedical equipment, and equipment to support the COVID-19 vaccine cold chain. Additionally, IOM has provided infrastructure and equipment to nine hospitals, promoted access to health services of migrant and vulnerable populations, and carried out respiratory symptomatic screenings for 122,845 Venezuelan migrants, Colombian returnees and host community members to detect possible cases of COVID-19. IOM has also provided 13,388 primary health care services to 7,149 people, and between February and September 2021, 3,851 people have been vaccinated against COVID-19. Finally, IOM, jointly with UNHCR and the Ministry of Health, have been advocating for the inclusion of the migrant population among the target beneficiaries of vaccinations campaigns against COVID-19. 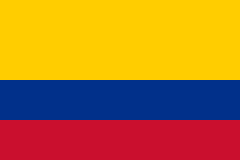