IOM Mali, in partnership with key stakeholders, including governmental, non-governmental organizations and United Nations agencies, continues to provide humanitarian assistance to internally displaced persons (IDPs) and affected communities while working to address the drivers of the conflict, in alignment with the strong commitment to operationalize the triple Nexus in the region. In 2022, IOM Mali will continue to provide frontline multi-sectoral humanitarian assistance in locations where needs are high. IOM’s priority is to expand programming that tackles the pre-existing drivers of fragility and conflict while laying the foundations for stability and development. 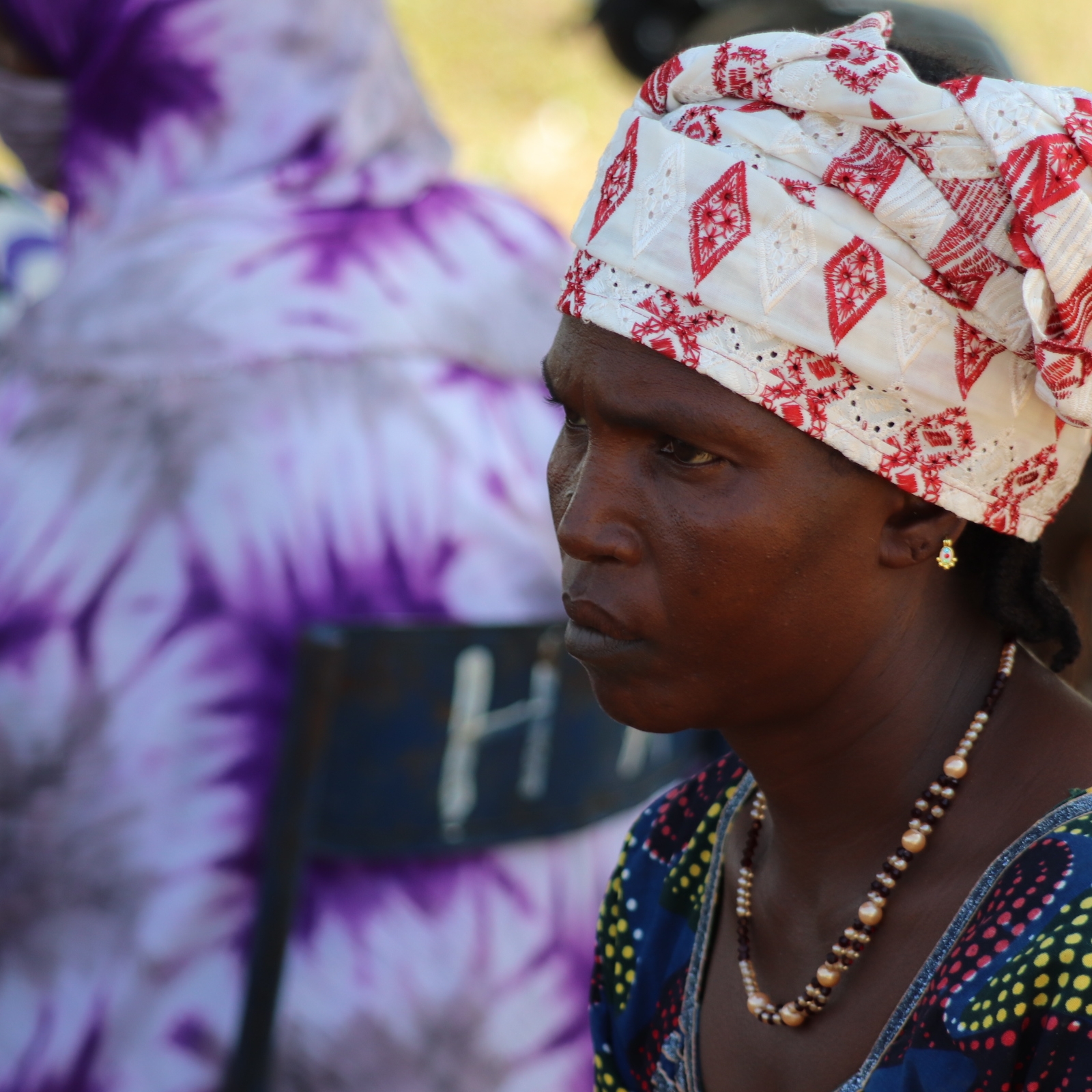 Over the past decade, Mali has faced a highly complex humanitarian crisis generated by the presence of non-state armed groups in the northern and central regions and subsequent violence, conflict with armed forces, and human rights abuses, fuelled by intercommunal tensions and rooted in long-standing development challenges. The crisis has significantly worsened the living conditions of a large proportion of the population in the affected areas and led to massive population displacement. According to IOM's September 2021 Report on Population Movements, produced by the Displacement Tracking Matrix (DTM) team as part of the Commission Mouvements de Populations, 401,736 individuals continue to be displaced mainly due to violence and attacks in the regions of Mopti, Segou, Timbuktu, Gao, and Menaka. The precarious environment has also led to spontaneous movements of vulnerable groups who have lost their livelihoods. Most of the internally displaced persons (IDPs) live in crowded host families and communities or in temporary informal sites, lacking access to basic services.

As of August 2021, halfway through the rainy season, floods due to increased rainfall have already affected more than 15,000 persons in Mali, generating a growing number of displacements, particularly in the regions of Menaka, Mopti and Segou, which also face a high number of incidents due to intercommunal tensions. Localities in the inland delta of the Niger river have also been affected by floods, resulting in the destruction of shelter and infrastructure, loss of livelihoods, including the destruction of agricultural lands, and loss of animals. This has led to forced displacements and has severely impacted the economy, which is largely rural.

Compounding this already precarious situation, the political situation remains fragile since the military coup of 18 August 2020, which led to the creation of a transition government, which was again restructured in 2021 after the military took control in May. In this context, IOM Mali and the international community are working with the transitional authorities to meet the needs of the most vulnerable populations. In parallel, the economic situation remains tense for many Malians as conflicts and the lasting impacts of COVID-19 induced a loss of income and a decrease in purchasing power of 47 to 53 per cent of households, who are simultaneously facing an increase of prices, especially for food products and agricultural inputs as transportation continues to be difficult.

IOM works in close partnership with United Nations agencies in Mali, being an active member of the United Nations Country Team (UNCT) and Humanitarian Country Team (HCT), as well as with other international organizations and non-governmental organizations (NGOs). IOM is the co-lead of the Commission of Population Movement (Commission des Mouvements de Population – CMP in French) with the National Directorate of Social Development (Direction Nationale du Développement Social - DNDS in French), which is composed of United Nations agencies (the Office for the Coordination of Humanitarian Affairs - OCHA, the United Nations Children’s Fund - UNICEF, the World Food Programme - WFP, and the United Nations High Commission for Refugees - UNHCR), NGOs and government entities (Ministry of Social Affairs and the Ministry of Security and Civilian Protection). IOM also co-leads the shelter and non-food items (NFI) cluster in Mali with UNHCR. In addition, IOM is a member of the information management working group, HCT task force for the COVID-19 response, housing, land, property (HLP) and natural resources working group, protection cluster, gender-based violence (GBV) and child protection sub-clusters and the regional committee for the management of IDP sites. Through these fora, IOM ensures that crisis-related activities are duly coordinated with relevant stakeholders.

Alongside other agencies and through these coordination mechanisms, IOM works closely with government counterparts, in particular the Ministry of Solidarity, Ministry of Health and Social Affairs as well as the Ministry of Security and Civil Protection. In 2014, as part of long-term efforts towards capacity reinforcement of the Government of Mali, IOM transferred its Displacement Tracking Matrix (DTM) tools and capacity to the DNDS, while continuing to provide technical and financial support to ensure information is made available to humanitarian actors and other relevant stakeholders.

Established in Mali in 1998, IOM has been providing the Malian government with technical support in a variety of areas for 23 years. Since 2012, IOM has significantly expanded its operational presence and activities, spanning humanitarian response, transition, development, and community-based peace-building oriented interventions. Wherever possible, IOM integrates capacity strengthening components of key stakeholders, including beneficiaries, in its programmes to promote local ownership and contribute to the development of policy frameworks, in the interest of IDPs and affected communities in places of displacement, en route, and in places of return. As co-lead of the Commission on Population Movements (CMP) hosted within the protection cluster, and having established the DTM in Mali in 2012, IOM has extensive experience in the country in the collection, analysis and provision of reliable information on population movements and needs, critical to informing IOM programming, as well as that of the government and other actors.

IOM’s main office is located in the capital city of Bamako and there are four strategically located field offices across the country in Kayes, Mopti, Timbuktu and Gao. IOM in Mali has more than 150 staff, including 22 working in the emergency and recovery unit. IOM Mali’s capacity related to crisis response notably covers shelter, protection, mental health and psychosocial support (MHPSS), health, DTM (including information management), disaster risk reduction, community stabilization, and peacebuilding.

IOM Mali will identify and respond to the humanitarian needs of displaced and conflict-affected populations in the central and northern parts of the country through multi-sectoral assistance in kind and cash to address their vital and survival needs. Particular attention will be paid to vulnerable groups and persons with specific needs such as youth, women, elderly persons, people with disabilities or chronic illnesses, and will ensure equitable access to all groups of people, considering their vulnerabilities. IOM staff and implementing partners receive training on prevention of sexual exploitation and abuse (PSEA), on how to respond ethically to the disclosures of sexual and gender-based violence.

As the shelter and NFI cluster co-lead in Mali, IOM will continue to provide tailored shelter/NFI assistance to the most vulnerable IDPs to address their urgent needs. In parallel, the Organization will also deliver support to improve access to basic infrastructure and services for host communities. IOM will specifically focus shelter assistance on Mopti and Segou as regions that host around 50 per cent of Mali’s IDPs. IOM Mali will dedicate its work to:

Shelter/NFI materials will be purchased directly by the organisation. Wherever possible, local materials will be sourced. If local procurement is not possible, or if it would compromise the quality of the aid, international procurement will be considered. IOM is the procurement partner and provides transport of materials to the partners' warehouses in the field. Cluster partners can also be storage and transport partners (providing storage and transport from warehouse to intervention site), and/or distribution partners. Activities will be implemented in coordination with the shelter/NFI cluster and the Malian authorities in charge of assistance to displaced people.

IOM in Mali seeks to address the root causes and impact of displacement in order to prevent further crises and allow for recovery, with a focus on displacement affected populations in the centre and northern parts of Mali. To strengthen social cohesion, IOM's approach targets local communities, including authorities, women and youth, as well as IDPs, host communities and returnees using a gender and conflict-sensitive lens. To select target locations, IOM will identify the types of conflicts encountered at each potential intervention site, to establish the lines of conflict (functional links), understand their evolution and frequency, and thus prioritize target locations based on instability but also existing prevention and management mechanisms and their degree of effectiveness.

IOM Mali will support communities affected by disasters caused by natural hazards, such as droughts and floods, which occur regularly in Mali, and build the capacities of governmental partners to address the impact of disasters on the population’s livelihoods which are heightened by the high level of poverty weakening people’s capacity to absorb shocks, and exacerbated by structural vulnerability to disasters and climate change due to rising temperatures, land degradation, desertification and water scarcity. IOM will specifically target those in displacement or otherwise impacted by disaster and support the government to better understand the linkages between climate change impact and migration, supporting the prevention of disasters and reducing risks linked to natural hazards.

IOM will seek to improve evidence-based interventions and policies in Mali by providing governmental, non-governmental and humanitarian actors in Mali, with data and analysis linked to population displacements, human and animal mobility (such as migration and transhumance). The support will target actors not only at national level but also at local level, for instance by involving and training state agents of decentralized authorities and representatives of local civil society organizations. IOM will therefore contribute to informing better decision-making and management of displacements and mobility, including transhumance management and infrastructure.