In partnership with the Government of the Republic of Burundi and other key actors, IOM seeks to ensure that humanitarian needs for affected populations are met, while contributing to durable solutions and peacebuilding goals, in line with the humanitarian-development-peace nexus (HDPN). Specifically, IOM works in support of displaced communities to provide a range of life-saving humanitarian assistance, primary health care, and development-orientated interventions, supporting the Government’s efforts to identify opportunities to resolve displacement situations progressively and durably. IOM further focuses on strengthening the resilience of the Burundian population in the face of future recurrent shocks, which are increasing in intensity and frequency. 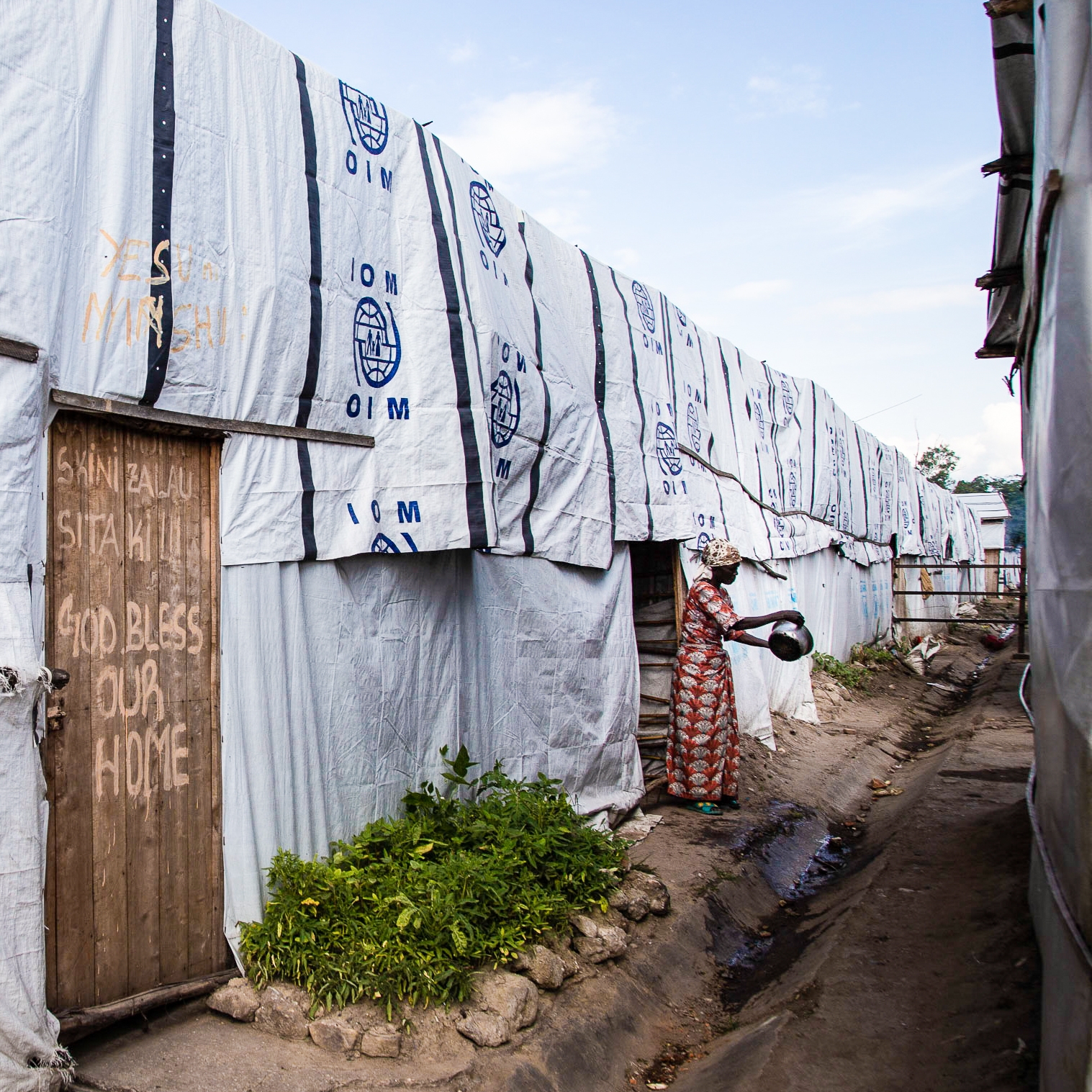 IOM is providing emergency shelters to the internally displaced people who lost their homes during the 2021 floods. © IOM Burundi 2022 / Laëtitia Romain

Following the inauguration of the new government in June 2020, the country has witnessed notable improvements in the security, political and socio-economic conditions. These improved conditions have contributed to the voluntary return of a considerable number of Burundian refugees from neighbouring countries, while others continue to express willingness to return to their communities of origin. Remnants of previous political strife continue to be a cause of instability, and the return of thousands of refugees from the United Republic of Tanzania, Rwanda and other countries in the region sparks additional tensions within communities, due to the competition for scarce natural resources as well as land complications. Burundi still ranks among the world’s least-developed countries (it was ranked at 187th place out of 191 countries on the Human Development Index (HDI) in 2021), and over 70 per cent of its population lives below the poverty line.

Since 2017, 203,689 returnees have returned to Burundi, 17,923 in 2022 (UNHCR). As returns take place in poor and under-served rural areas, fragile communities of return do not have the absorptive capacities to ensure their basic needs, and access to land and basic services.

Burundi is also facing recurring disasters related to natural hazards (torrential rains, floods, landslides, and winds), which are negatively impacting the country and causing the majority of displacements. Over 80,000 IDPs currently live across the country (Displacement Tracking Matrix - DTM, July 2022), of which 91 per cent were displaced due to natural hazards. Additionally, an estimated 50,149 houses were damaged due to climatic events between January 2018 and October 2022 (DTM).

The country continues to host around 66,000 refugees and asylum seekers, mainly from the Democratic Republic of the Congo (DRC). Burundi has become a departure point for refugees seeking to resettle to third countries. It also sees high volumes of cross-border movement of goods and people – primarily traders, migrant workers, refugees, and travellers.

Increased attention geared towards health responses is also needed in the coming months due to the recurring nature of disease outbreaks with epidemic potential (including the current Ebola virus disease (EVD) outbreak in Uganda, malaria and measles), exacerbated by porous borders. An assessment conducted by WHO in 2022 has concluded that the risk for EVD to spread in the region is high. Even though Burundi does not share direct borders with Uganda, the likelihood of the virus to spread in Burundi is high given the importance of movements between the two countries (commerce, refugees, family ties, etc.).

IOM has been acknowledged by the Government as a reliable and trusted partner. IOM has built strong relationships with national and local authorities and its initiatives align with the needs of local governments and beneficiaries, including the National Development Plan 2018-2027 (NDP), Disaster Risk Reduction National Strategy 2018-2025 and National Strategy for Reintegration for Disaster-Affected Persons. IOM fully participates in the UN Sustainable Development Cooperation Framework (UNSCDF) process and is actively participating in the development of the UNSCDF for 2023-2027.

IOM is the co-lead of the Shelter and Non-Food Items (SNFI) sector, co-lead of the Point of Entry (PoE) and cross-border coordination issues alongside the Ministry of Health and leads, with the Government of Burundi, the anti-trafficking working group and the housing, land and property (HLP) working group. In addition, IOM is an active and engaged member of several working groups, subsectors and sub-clusters including the durable solutions working group, the mental health and psychosocial support (MHPSS) technical working group, the Protection sector and part of the Child Protection and Gender-Based Violence (GBV) sub-sectors. IOM also co-leads the pillar on disaster risk management/climate change adaptation and the disaster risk reduction (DRR) working group.

As part of the Humanitarian Country Team (HCT) and the United Nations Country Team (UNCT), IOM ensures it coordinates the implementation of its activities with other UN agencies and partners. IOM’s DTM products are disseminated to other agencies and partners as well as local authorities at the national and local levels to structure and provide evidence-based information for appropriate responses in the country. In addition, IOM collaborates with civil society, local and international non-governmental organizations (NGOs) and communities, especially in efforts to build their capacities to ensure sustainability in activities.

IOM has been in Burundi since 2010 and has approximately 200 staff nationwide, with a central office in Bujumbura, and sub-offices in Gitega, Makamba, Ruyigi, Rutana and Muyinga. IOM Burundi works in cooperation with the Government of Burundi in addressing humanitarian needs, reducing vulnerabilities through longer-term interventions, and supporting progress towards achieving durable solutions for displaced populations, tailored to local needs and priorities, including accountability to affected populations, in line with the IOM Accountability to Affected Populations (AAP) Framework.

As per its mandate, IOM will continue supporting the government and civil society actors to create conditions for the revitalization, stabilization and reform of social, economic and political life, and supporting the government to manage safe, orderly and regular migration, including in pursuit of the 2030 Agenda for Sustainable Development and the Global Compact for Safe, Orderly and Regular Migration. IOM is providing emergency assistance including shelter and non-food items (S-NFI), water, sanitation and hygiene (WASH), and camp coordination and camp management (CCCM), while strengthening the health system to cope with health events including disease surveillance at PoEs, community event-based surveillance, and capacity building with a focus on migrants, displaced persons and refugees, protection, and MHPSS, and is implementing DTM to track, monitor and assess evolving needs of IDPs and returning populations. Additionally, IOM closely coordinates with all actors to strengthen the protection net and services available in the country.

IOM Burundi endeavours to provide orderly, efficient migration management that contributes to enhanced integration and the improvement of vulnerable migrants’ and their host communities’ socioeconomic conditions in the context of growing challenges posed by climate change, environmental degradation and disasters due to natural hazards. IOM is appointed as pillar lead for COVID-19 activities at PoEs and for EVD as well, enhancing IOM's experience in this field and supporting the unique relationship and credibility with the government in this area of intervention.

A woman, victim of trafficking, has been supported by IOM to start an income generating activity to facilitate her reintegration and is now training youth from her village. © IOM Burundi 2022 / Laëtitia Romain