In 2023, IOM in Yemen will continue to respond to the severe and worsening humanitarian crisis through the provision of lifesaving multisectoral humanitarian assistance. In addition, IOM seeks to address the pre-existing drivers of fragility and improve access to durable assistance, both of which will reduce the reliance of populations of concern on humanitarian aid and support them in to transitioning from emergency to recovery conditions. In conjunction with a frontline response, IOM supports the restoration of household and public infrastructure to enhance communities’ self-sufficiency and promote local ownership of the communities’ recovery efforts. 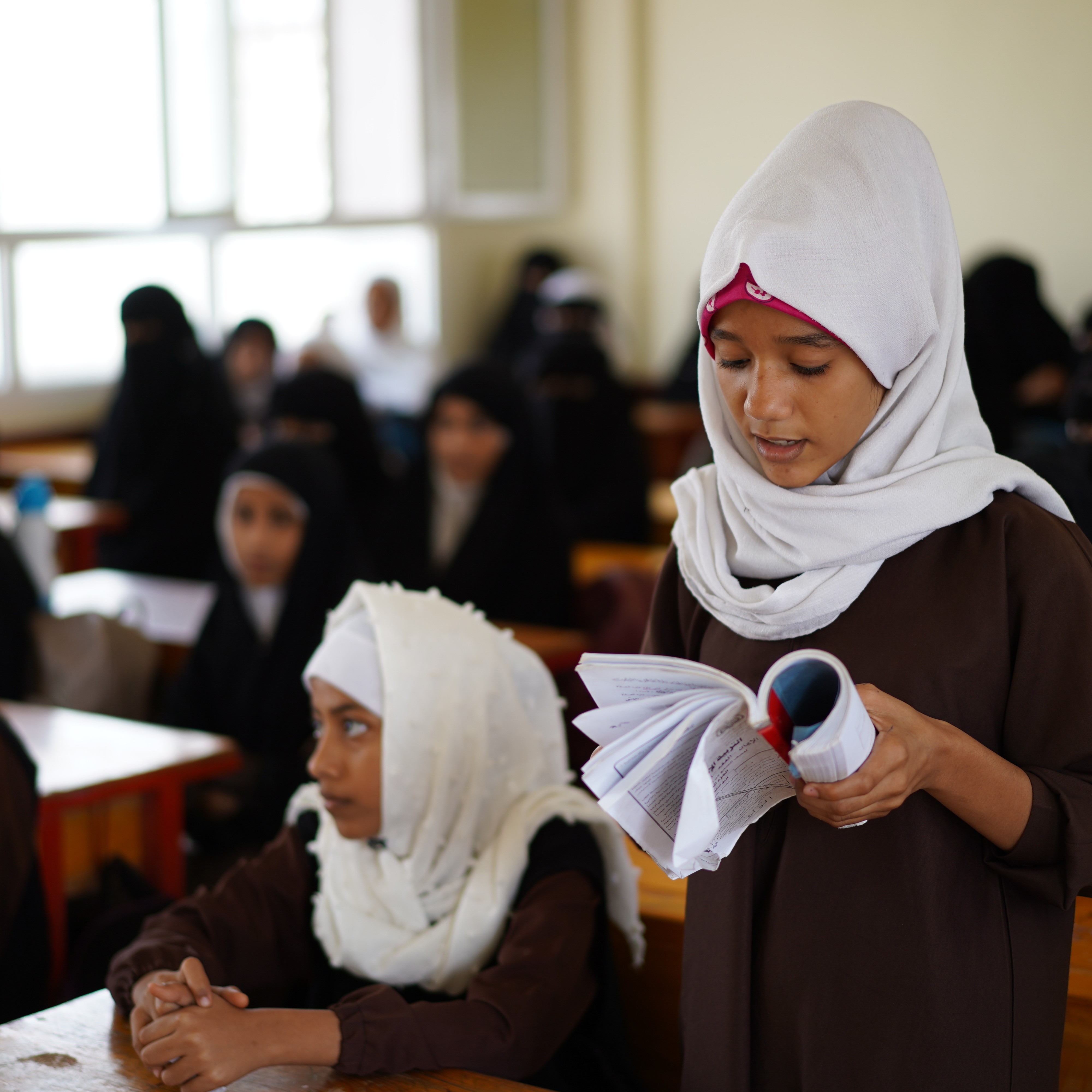 The humanitarian situation in Yemen has led to considerable suffering across the country. According to the 2022 Yemen Humanitarian Needs Overview, an estimated 4.3 million IDPs, 300,000 migrants, refugees and asylum seekers and millions of conflict-affected host community members are caught in the midst of an active armed conflict where the most basic resources are not available to ensure safety, dignity or protection. Fighting has exacerbated high-risk coping mechanisms, stalled development gains made in the years preceding and driven the country to the brink of famine. An estimated 81 per cent of Yemenis live below the poverty line which has increased competition over resources and diminished opportunities for sustainable gains in livelihoods. Seven years of conflict has also destroyed much of Yemen’s public health system: only 50 per cent of health facilities are operational, the majority of which operate at limited capacity as a result of damaged infrastructure and a lack of healthcare workers. Between July-September 2022, heavy seasonal rain, windstorms, landslides, and flooding across Yemen have resulted in significant damage to public infrastructure and deaths and injuries, impacting around 35,000 households or over 210,000 individuals. As of 2022, more than 23.4 million people in Yemen are estimated to need aid and this figure is expected to increase in 2023 (Yemen HNO 2022). Yet, as needs continue to rise, funding for the response has been on a worrying decline. Moreover, amid the ongoing conflict in Yemen, migrants travelling from the Horn of Africa through Yemen en route to Gulf countries are amongst the most marginalized, and vulnerable groups in Yemen and face considerable xenophobic, discriminatory and exploitative treatment, as well as deliberate targeting by parties to the conflict.

IOM’s response in Yemen is coordinated within the national humanitarian programme cycle, with UN agencies and international nongovernmental organizations, as well as regional, national, and local partners. IOM co-leads the refugee and migrant multi-sector (RMMS) and rapid response mechanism (RRM) sectors and is an active member of the Camp Coordination and Camp Management (CCCM); Shelter and Non-Food Items (NFI); Health; Water, Sanitation and Hygiene (WASH), and Protection Clusters. IOM is also an active member of the Gender-Based Violence (GBV) and Child Protection Areas of Responsibility (AoRs) and the Mental Health and Psychosocial Support (MHPSS) working group. As the lead of the Task Force on Population Movement (TFPM), IOM produces population movement and needs assessments, which are the main source of information for emergency response preparedness and interventions in Yemen. Findings from IOM’s Displacement Tracking Matrix (DTM) assessments serve as operational baselines for humanitarian response activities targeting IDPs, returnees and migrants. What sets IOM apart from the rest of the UN system is that the Organization directly implements its programmes and is present across the country in underserved areas. This distinctive approach of direct assistance and service delivery enables the Organization to identify communities that need support, respond to sudden changes in operational context, and monitor programming. IOM, as part of efforts to maintain oversight of programmes and respond to widespread needs, expanded as the largest UN agency with an operational field presence in Ma’rib and the West Coast of Yemen. Together with local authorities, IOM is coordinating response efforts in Ma’rib through its leadership of the CCCM and Health sub-national clusters, co-leadership of the WASH sub-national cluster, and Ma’rib-based focal point of the protection cluster.

Following the IOM global model of large, strong national teams, IOM in Yemen has invested in strengthening the capacity of its almost 500 national staff, to improve both the quality and accountability of service delivery in sub-offices and operational field sites. IOM teams in Yemen directly implement more than 90 per cent of activities and programmes. This has allowed IOM staff to engage with communities and better understand their needs and priorities. As direct delivery of services has remained a priority for IOM management, the sub-offices have been empowered through additional programmatic officers and remain decentralized to allow for nuanced decision-making at the field level. IOM’s operational capacity is bolstered by a strong field presence across the country – including over 46 international staff who bring a range of expertise to lead IOM’s multisectoral programming. This includes 22 international officers overseeing support functions (security; finance; procurement; information management, engineering, human resources, monitoring and reporting), which help ensure strengthened programme accountability and monitoring, and minimize risks involving personnel, assets or financial transactions. IOM has developed a Risk Management Framework and Mitigation Strategy and a Monitoring, Evaluation, Accountability, and Learning (MEAL) programme. IOM Yemen will seek to establish a strong presence in areas where the Organization will have added value and where access is possible. A priority for the mission is also mainstreaming protection, ensuring Do No Harm and remaining conflict-sensitive in IOMs, implementing partners and sector interventions. This aims at ensuring gender and diversity-sensitive programming and incorporating a robust understanding of vulnerability, promoting safety, dignity and meaningful access to services. Operations are also supported by regional and global thematic experts from the IOM Headquarters in Geneva and regional offices for the Middle East and North Africa and for the East and Horn of Africa.

IOM Yemen’s needs-based approach emphasizes the importance of carrying out independent assessments to inform and review implementation so that each intervention is grounded in the realities of IOM’s capacity and context. With support from its Displacement Tracking Matrix (DTM) as well as targeted sectoral needs assessments and a strong network of operational teams, IOM seeks to strengthen the quality of its programming and ensure emergency preparedness and response capacity to major shifts in the crisis. IOM will target local authorities and humanitarian and development actors, including national and international partners who receive and benefit from DTM products.

Migrant Response Plan for the Horn of Africa and Yemen 2022