Migrant Response Plan for the Horn of Africa and Yemen 2023

Migrant Response Plan for the Horn of Africa and Yemen 2023

The Regional Migrant Response Plan (MRP) for the Horn of Africa and Yemen includes urgent life-saving humanitarian and protection interventions to improve safe and dignified access to basic services for migrants in transit, destination as well as host communities, ensuring medium to long-term actions aimed at addressing the drivers of migration; as well as building evidence, partnerships and coordination to enhance the humanitarian response and migration management throughout the migration route. Within the broader inter-agency framework developed by IOM in coordination with 40 partners, including regional and country-level non-governmental (NGOs), UN Agencies and intergovernmental partners, IOM will support governments and other partners by strengthening their capacities for better migration management to support communities of origin, transit and destination. 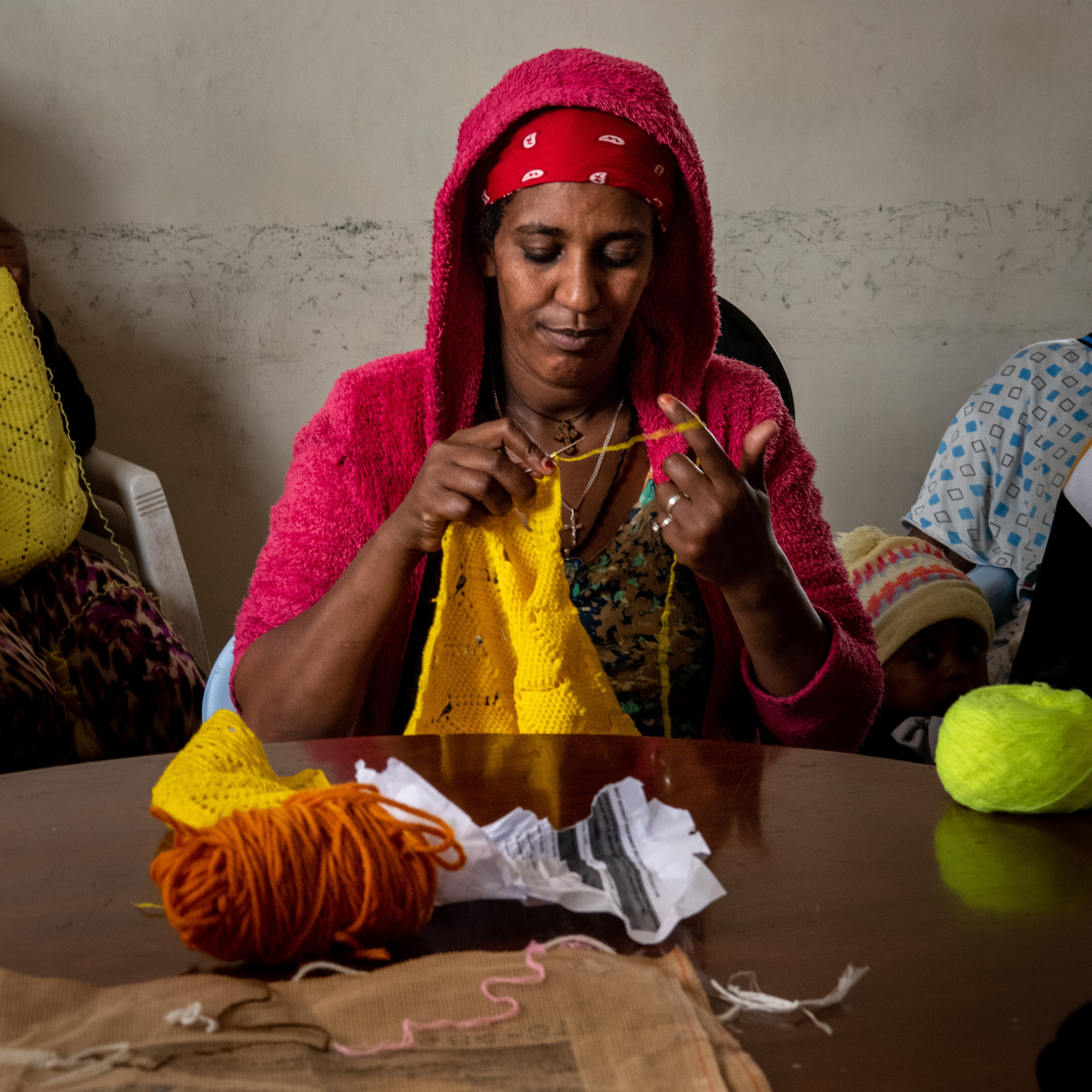 The Eastern Route encompasses movements of people travelling from Ethiopia through Djibouti or Somalia and from Somalia travelling across the Red Sea/Gulf of Aden to the Kingdom of Saudi Arabia and other Gulf States via Yemen. Between January and October 2022, over 206,000 movements along the Eastern Route were recorded, with the majority of the people departing for economic reasons, and others citing conflict and climate change as the driving forces. Over a third of migrants along the Eastern Route were women, six per cent were children and 18 per cent were unaccompanied migrant children (UMC). As of November 2022, IOM recorded 120,136 migrant entries into Djibouti since the beginning of the year with a sharp increase of 66 per cent in the entries in May 2022. In addition, 8,065 migrant entries were recorded from Ethiopia into Somalia between January-October 2022. This figure is far lower than actual entries into Somalia from Ethiopia since flow monitoring activities were suspended between February 2022 and 15 October 2022. In 2022, arrivals to Yemen between January and October have more than doubled compared to the same period in 2021, with over 53,401 people arriving by boat this year (IOM, 2022).

The ongoing drought in the Horn of Africa continues to reduce the ability of host communities to support migrants in transit, in destination, and/or return settings. The ongoing drought also has the potential to motivate host community members to migrate themselves. In 2022 28 per cent of migrants observed exiting Ethiopia, left from drought-affected areas (IOM, 2022). In Ethiopia, the uncertain future of the conflict in the north of the country prevents returnees from going back to their place of origin. Moreover, migrants returning to areas affected by the drought are more likely to re-migrate due to decreased chances of sustaining their livelihood. Environmental change and disasters remain constant drivers of migration. However, climate change predictions indicate that even more people are expected to be on the move as extreme weather-related events such as floods, droughts and storms become more frequent and intense. Particular emphasis should be placed on those who lack the resources to migrate and who are trapped in communities most heavily affected by climate change, primarily those who receive transiting migrants or migrants at destination.

Furthermore, from 1 March to 25 November 2022, 73,697 migrants were forcibly returned to Ethiopia from the Kingdom of Saudi Arabia as part of an operation that totalled over 500 million forced returns since 2017. Roughly 17 per cent of forcibly returned migrants in 2022 intended to return to Tigray, a region that is currently inaccessible owing to active armed conflict. In 2023, the situation for returning migrants remains unclear following a “permanent cessation of hostilities” between parties to the conflict in Tigray established in November 2022. While this is a positive development, ambiguities on the specific details of the end of conflict and resumption of access will likely affect when and how Tigrayan migrants can return to their place of origin. IOM also recorded 5,400 forced returns from Djibouti at the Dewele point of entry in Northern Ethiopia from the beginning of the year to the end of September 2022. Since the outbreak of the conflict in November 2020, nearly 3,000 forcibly returned migrants from Tigray and the wider North of Ethiopia have been stranded in Addis Ababa, unable to return to their place of origin, resulting in overcrowding, lack of basic needs and increased protection vulnerabilities. Returnees who return to their place of origin often face considerable discrimination upon return and experience difficulties in finding gainful employment. The MRP’s community reintegration programming aims to prevent irregular migration and re-migration among the returnee population (IOM, 2022).

As of September 2022, 44,241 migrants remained stranded in transit countries, with 1,069 migrants stranded in Djibouti, 172 migrants stranded in Somalia and 43,000 in Yemen. Throughout their journey on the Eastern Route, migrants travel by foot through extreme heat, resulting in dehydration, malnutrition, sickness (such as cholera/acute water diarrhoea) and exhaustion, requiring immediate life-saving assistance. Migrants are often at risk of detainment by border officials and kidnapping by smugglers who often utilise violent practices and extort migrants for funding to continue their journey, necessitating the provision of protection assistance to vulnerable groups. Migrants face protection risks during every phase of their journey, including human trafficking, forced/unpaid labour, forced movements, detention and physical and psychological abuse, including torture and rape, requiring a wide range of protection support and assistance. Protection risks remain the most extreme in Yemen due to the protracted conflict in its eighth year. Emergency protection assistance, particularly mental health and psychosocial support (MHPSS), remains vital for migrants. In 2022, IOM’s Missing Migrants Project recorded 47 missing or dead migrants along the Eastern Route (IOM, 2022). However, this figure is likely much higher as these are only the officially documented deaths along the Eastern Route.

IOM leads the coordination of the MRP for the Horn of Africa and Yemen at both the regional and country levels. IOM works closely with its UN and non-governmental partners to ensure coordinated and comprehensive responses through joint work plans, training, needs assessments and support for governments in developing and operationalizing standard operating procedures on various thematic areas. IOM capacity varies in each country, based on the organizations’ operational presence and the alignment of the mandate to the government priorities. At the regional level, the MRP Regional Coordination Committees (RCC) for regional directors and technical focal points comprise 15 partners, who provide overall strategic direction for the implementation of the plan. In addition, IOM and the Danish Refugee Council co-chair the Migrant Protection Working Group, which seeks to enhance a coordinated protection response to migrants and host communities along the Eastern Route. IOM also chairs the Information Management Working Group, which allows for a collaborative approach to data collection, methodology and formulation of the annual MRP people in need and targets.

Furthermore, the MRP is integrated into relevant networks such as the Regional Child Protection Network and the Regional Gender-Based Violence (GBV) working group for East and Southern Africa. IOM also leverages its sub-regional cooperation with Regional Economic Communities (RECs), such as the Intergovernmental Authority on Development (IGAD). IOM is a member of the Regional Ministerial Forum on Migration (RMFM) Nairobi Process, which seeks to develop a common regional position and engage as a block with the Gulf States to ensure the protection of migrant workers from the Horn of Africa. IOM Regional Office for East and the Horn of Africa (EHoA) also coordinates with IOM’s Regional Office for the Middle East and North Africa (MENA). At the country level, IOM coordinates the MRP through existing inter-agency frameworks (Inter-Agency Standing Committee Task Teams, the various humanitarian clusters, all relevant Grand Bargain workstreams), the National Partnership Coalition (NPC) on Migration in Ethiopia, the Mixed Migration Task Force (MMTF) in Djibouti and Somalia, the Refugee Migrants Multi-Sector (RMMS) in Yemen and the UN Migration Network in Djibouti, Ethiopia, and Somalia. IOM also chairs the dedicated MRP platform in Ethiopia. At the country level, the MRP aligns with the United Nations Sustainable Development Cooperation Framework (UNSCDF) and with the humanitarian programme cycle in the Eastern Route countries as relevant.

IOM works to address humanitarian, development, and human mobility challenges and is committed to the principle that humane and orderly migration benefits both migrants and society. IOM’s team of specialists across multiple thematic areas results in strategic advantages to operating effectively in humanitarian interventions and long-term development-focused support. In line with its mandate and operational capacity to deliver direct assistance to vulnerable migrants, IOM aims to strengthen the system-wide approach to addressing migrants’ humanitarian needs through leadership and coordination. The MRP framework aligns with the UNSCDF for the 2030 agenda and the 2023 Humanitarian Programme Cycle to contribute to the humanitarian development peace nexus (HDPN).

IOM has solidified its lead policy and convenor roles in the UN’s overall work on migration through the Global Compact on Migration (GCM) and as the coordinator of the UN Network on Migration. IOM coordinates the MRP at the country and regional levels, with a strong focus on partnerships and ensuring proper collaboration with all other UN agencies and migration actors for a unified response in each of the comprising countries and across the Eastern Route at large for a route-based approach. Additionally, IOM has the institutional capacity to provide life-saving humanitarian assistance and integrated health and protection services in the four countries that comprise the plan. IOM also maintains the flexibility to address any other needs of migrants that are identified or emerge, recognizing the dynamic nature of migrant needs, mobility and risks along the Eastern Route, while providing humanitarian actors, governments, donors and development actors with critical and timely information on migrants’ movement patterns through its Displacement Tracking Matrix (DTM). Overall, IOM leads in coordinating the MRP and leverages and synergizes the capacities and contributions of humanitarian and development partners to effectively address the needs of vulnerable migrants along the Eastern Route.

Under Humanitarian Border Management, IOM will: